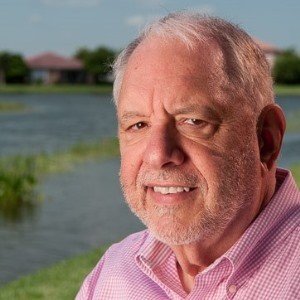 Richard S. Granat is the CEO and Founder of DirectLaw, Inc.

Richard created one of the first virtual law firms in the United States in 2003, which was the prototype for the DirectLaw Virtual law firm platform. A frequent speaker and writer, Richard’s articles about elawyering have appeared in Law Practice Today, the New York State Bar Association Journal, the Maryland State Bar Association Journal, and other legal industry publications. Richard was named a “Legal Rebel” by the American Bar Association Journal in 2009, was awarded the Louis M. Brown Lifetime Achievement Award for Innovation in the Delivery of Legal Services in 2010, and the James I. Keane Memorial Award for Excellence in eLawyering in 2013.  He is also a Fellow in the College of Law Practice Management. Richard advises emerging start-ups in the legal industry including: Bridge.US and FedArb. Richard is a graduate of Columbia University School of Law (J.D.), the University of Pennsylvania (M.S. in Organizational Development), and Lehigh University (B.A.). Legal Rebels Profile 2009 – American Bar Association

Gregor is a graduate of the University of Scranton and has completed his J.D. at the University of Maryland School of Law. He is the architect of the DirectLaw virtual law firm platform. Gregor is chief technology officer for DirectLaw, Inc. Gregor was previously an Intranet Administrator with Planning Systems, Inc., and Technical Assistant at the Office of Naval Research.  gregor [a] directlaw.com

Pam is Director of Law Firm Development and Marketing. In this role, she manages all online advertising campaigns for our retail operations; coordinates the marketing and lead management of our DirectLaw Virtual Law Firm Platform, serving as project and relationship manager. Pam has over 17 years of combined experience in human resources management, sales/marketing, and managing client service operations.  pam [a] directlaw.com

Aaron is a graduate of Chicago-Kent Law School’s Justice and Technology Program and is an experienced document automation specialist. He works with our law firm clients to automate their firm specific legal documents and also provides support to the network of SmartLegalForm Web Sites. He has previously worked for the Sargent Shriver Center of Poverty Law. He is a member of the Illinois Bar and a graduate of Texas A &M (B.A.),  The Robert M. La Follette School of Public Affairs – The University of Wisconsin (M.P.A), and Chicago-Kent College of Law, Chicago, IL (J.D.).  aaron [ a ] directlaw.com

Lynette has over 10 years experience with DirectLaw in managing customer support systems for the company large network of legal form web sites. Lynette is a graduate of the University of Maryland, has extensive paralegal experience and was previously employed with Kubovcik & Kubovcik, a Washington DC law firm specializing in patent and trademark law.  lynette [ a ] directlaw.com

Member of Board of Directors,  SmartLegalForms, Inc., and DirectLaw, Inc., Media and Marketing Consultant

Peter Granat is Executive Chairman of Cision, Inc., the leading public relations web services company in the world. Most recently, he was the CEO of Cision, and President of Cision’s European division based in London, and was previously the Senior Vice President of Business Development at MediaMap which was acquired by Cision in late 2003. Peter provides advice to our team on marketing and media strategy. Since 1992, Peter has been instrumental in the development of cutting-edge products and services to enable effective communication between the PR and media communities. Peter holds a BA from the University of Vermont and an MBA from Kellogg School of Management.